I: A message from Neil: How it all started…
I was raised in a Hindu family and I pretty much considered myself an atheist Hindu. I say this because I would do all the rites and rituals that my family told me to, but I never truly believed. I just did what I did because it was expected of me. When I graduated high school in 2000 and went to Cal State Fullerton I began interacting with a variety of different people and exploring a range of music. I began writing poetry that, in turn, became spoken word pieces that I would present at open mics in Orange County. My poetry portrayed a lot of confusion, questions and a spiritual connection to life with an underlying feeling that something is missing or out of place. As a freshman in college I discovered a series of videos from 3 individuals: Nassim Haramein, Jim Self & Jordan Maxwell. I started watching a ton of videos taking me down all sorts of rabbit holes. I found out about the Sumerian Civilization and the ancient Extraterrestrial race known as the Anunnaki. This led me to Zachariah Sitchen and Erik von Danken’s work with the Sumerian Scriptures.

II: Transformation
This awareness took me back to the religion I was raised in, Hinduism. I looked at this faith from an entirely new perspective… dissecting all that I could. The information on vibration and connection to quantum physics and the universe that was portrayed in the Sumerian Scriptures were very similar to the Hindu text. The Hindus speak of vibration and frequency and how this connects to meditation and other holistic practices. There were too many coincidences. I then began to realize that a lot of cosmic truths of our existence were hidden within the Hindu scriptures.

My mind was blown. I was reading translations of the Sumerian scriptures that were the exact same stories found throughout other religions in the world. However, these scriptures dated back 1000’s of years before the world bibles spoke of the same stories. I also discovered that these similar stories were talking about a race of Extraterrestrial beings. This information lead me to the understanding that the majority of world religions shared similar or exact stories as older traditions; as well as the fact that many of these religions are actually talking about Extraterrestrial or interdimensional beings.

This made a lot of sense to me and I went down the rabbit hole of information and awareness. I delved deep into the conspiracies and the corruption. I felt that there was a disconnection in the world and that we as a species are wandering aimlessly allowing ourselves to be manipulated and controlled. I was so angry, feeling that I had been lied to my entire life. That everything I know was wrong; however, I also felt reassured that I had always known something was not right. I stayed in the darkness for a while, a bit scared and very confused. I wanted to do something and help shift the consciousness on the planet.

III: Breakthrough
In 2006, after 6 years of intense research, I created a Facebook group called “2012 Consciousness, Mind, Evolution and Presence”. I created this group because I was interested in knowing who would join and sharing all this information with my friends. Within a matter of months 100’s of people began joining and within a year we had a few thousand members. In 2007, I had a download in which I was called to change the name of the group to “Consciousness: Evolution and Presence”, and then a few months later to “Cosmic Consciousness: Presence”, until eventually in summer of 2008 I had a dream in which I was told that the name of the organization will be “Portal to Ascension”.

That was the same exact Summer I was laid off as a financial analyst and I met a group of individuals that became my soul family. Summer of 2008 was when Portal to Ascension was born in spirit, in physicality and with direction. Soon after we conducted our first event at a holistic center in Costa Mesa, California called “Ginger’s Garden Wellness Center”. From that moment up until today we have been creating revolutionary events that ultimately lead to two conferences (Cosmic Reunion 2012 and Cosmic Reunion: Fourth Density) in 2012 and then into our state of the art online webinar platform we are currently using.

It has been an amazing ride of self-discovery and adventure creating and evolving with Portal to Ascension. Every time I change direction in life and move away from creating events and putting my energy in Portal to Ascension, I am always lead back to this ‘work’ through synchronicity. I now know more than ever that this is my life mission. To bring together great minds and revolutionaries to inspire and increase awareness all around the world so we may shift our reality to one based on the principles of unity and love; as well as create a platform to show everyone on the planet who they are and what their true potential is.

IV: Addendum December 22 2017
With just a few days left until the end of 2017… we have just had a major disclosure from the US Government that UFOs are real and are most likely not from this planet. The pieces are falling into place for our mass disclosure initiative next year. In 2018 Portal To Ascension will travel the world with the awareness of Extraterrestrials and our True World History. The time is now for disclosure on every level so we can create Universal Peace on Earth and in the Cosmos. We have just launched Global Ascension Tours… a full on travel agency for conscious presenters. We are ready to make the change we were born to do. Join us! 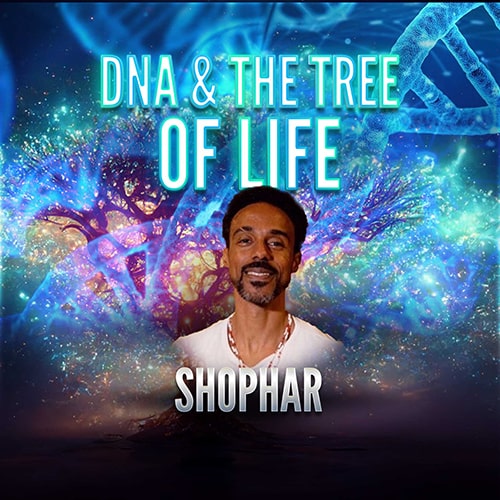